The spiritual family of St. Vincent Pallotti (Fathers and Brothers, Sisters, and Union of Catholic Apostolate) originated in Rome, Italy, in the 1830’s and 1840’s. Pallotti dreamed of an organisation that would involve all baptised Christians spreading the Good News of Jesus of Nazareth to all of humankind. The Society of priests and brothers, Societas Apostolatus Catholici (S.A.C.) undertakes apostolic work in parishes and on missions. Pallottines teach in schools and colleges, work as chaplains to various kinds of institutions such as hospitals and prisons, and are committed to the formation of laity. The Society is divided into Provinces, the Irish Province is now known as the Mother of Divine Love Province, St. Vincent had a great devotion to the Mother of Divine Love.

Irish Pallottines have worked in England, Rome and Argentina since the 19th century and the seat of the Irish Province was in Argentina up to 1928 when it was transferred to London. In England we continue to work in four parishes, and in Argentina are engaged in parish ministry and education. The Irish Province was officially established in the United States in the 1950’s and members continue to minister in Texas, Michigan and California. Irish Pallottine missionaries first went to East Africa in 1940 and established mission stations; from then a steady stream of missionaries encouraged the provision of better educational and medical facilities by building dispensaries and opening bush and primary schools in isolated areas. Our missionaries were diligent in bringing needy patients to hospitals, established by the Medical Missionaries of Mary, where they provided neo-natal and post-natal care for women. They also treated people for malaria, leprosy, sleeping-sickness, and other diseases. From the beginning Irish and American Catholics have been generous supporters of the Society’s missionary efforts in Tanzania and Kenya. Pallottines working in Tanzania and Kenya today, still receive support from abroad for their living, personal, and church expenses. It will be some time yet before the mission countries will be self-reliant from the point of view of food, clothing and shelter. The Irish Pallottines were entrusted with two parishes in the Archdiocese of Dublin, in 1981 and 1995.

We continue to see our mission as cooperating with the mission of the Church to preach, teach and animate communities in the living of the Christian life. As Pallottines we look forward to ministering this vision within the Lord’s vineyard, as we strive to fulfil the charism of the Church and St. Vincent Pallotti, to build collaboration among all, in the mission and work of the Church of Jesus Christ.

IRISH PROVINCE OF THE MOTHER OF DIVINE LOVE – WHERE WE WORK 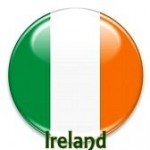 The Pallottines came to Ireland in 1909, opening our first house in Thurles, Co. Tipperary which is currently the centre of our Mission Promotion as well as being aRetreat Centre. The headquarters of the Irish Province of the Mother Of Divine Love is located in Dundrum, Dublin 16 where we also have our House Of Formation. We serve in two parishes in the Archdiocese of Dublin – St. Patrick’s Corduff and St. Anne’s Shankill.

In England we serve in four parishes – St. Mary Star Of The Sea Hastings in theDiocese of Arundel and Brighton, Our Lady Of The Visitation Greenford in theArchdiocese of Westminister, St. Thomas More Barking, St. Vincent’s Dagenham and a chaplaincy in Bocking in the Diocese of Brentwod 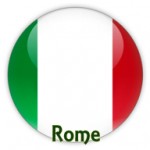 The Basilica Of San Silvestro In Capite is the English Speaking Church in Rome and is served by the Irish Province of the Mother of Divine Love. Members of the Province also serve at the Pallottine Generalate which is the world headquarters of the Society of the Catholic Apostolate (Pallottine Fathers and Brothers) 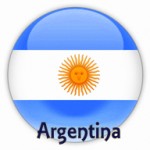 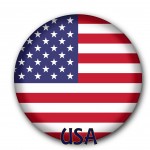 The Pallottine Mission House in Wyandotte, Michigan is the centre for Mission Promotion of the Irish Pallottines in the USA. It is located in the Parish of St. Vincent Pallotti which is served by the Pallottines. Wyandotte is in the Archdiocese of Detroit as is St. Anne’s Ortonville. In Texas we serve two parishes – St. Brendan’s, Stephenville and St. Stephen’s, Weatherford in the Diocese of Fort Worth. Members of the Province also reside and serve in Lubbock, Texas; San Francisco and Springfield-Cape Girandeau 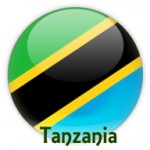 In the Archdiocese of Arusha we serve the Parish of St. Vincent Pallotti, Esso and the Pallottine House Of Formation for Philosophy is also located in the city of Arusha. In the Diocese of Mbulu we serve the parishes of Bashenet, Galapo, Boay, Magugu and Nangwa. Our Postulancy is based in Galapo and we also have a house in Mogitu. In the Diocese of Singida we are in the parishes of Makiungu and Siuyu. The Rehabilitation And Educational Centre is also in Siuyu. 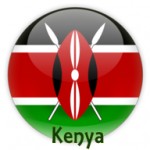 In Kenya we are in two parishes in Dagoretti in the Archdiocese Of Nairobi – Sacred Heart and Queen Of Apostles. The House of Formation for Theology is at Ngong Raod, Nairobi.